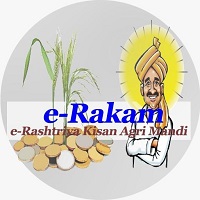 India – Somali signed an agreement on transfer of sentenced persons

India and Somalia has signed an agreement on1st of August 2017.

The agreement has been signed for transfer of sentenced persons.

The agreement was signed between External Affairs Minister Sushma Swaraj and Foreign Minister of the Federal Republic of Somalia Yusuf Garaad Omar.

It will deepen the humanitarian cooperation between the two nations.

Both the ministers discussed the entire gamut of bilateral relations as well as regional and international issues of mutual interest.

The agreement will help Indian inmates imprisoned in Somalia or vice versa and also  India – Somali signed an agreement on transfer of sentenced persons facilitate their social rehabilitation.

The government has launched a portal, e-RaKAM, to provide a platform to sell agricultural produce.

E-RaKAM is a first-of-its-kind initiative that leverages technology to connect farmers of the smallest villages to the biggest markets of the world through internet and e-RaKAM centres.

E-RaKAM is a digital initiative bringing together the farmers, FPOs, PSUs, civil supplies and buyers on a single platform to ease the selling and buying process of agricultural products.

Under this initiative, e-RaKAM centres are being developed in a phased manner throughout the country to facilitate farmers for online sale of their produce.

​The 7th Meeting of BRICS Trade Ministers was held in Shanghai from 1-2 August.

The Ministers adopted the following documents at the conclusion of the meeting: