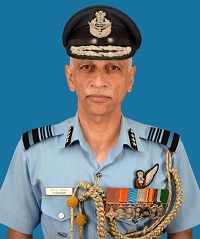 Topic : New Appointments, Who is Who? Persons in News

Air Marshal Bhagwat was started his carreer in Administrative branch of the Indian Air Force in June 1981.

He was the awardee of the Ati Vishisht Seva Medal (AVSM) and Vayu Sena Medal (VM) in Indian Air Force.

Topic : New Appointments, Who is Who? Persons in News

This world Doubles Squash Championship held in the place of Manchester, England.

They have lost against English pair of Jenny Duncalf and Alison Waters in the semifinals.

The Ministry of Human Resource Development is looking to introduce a Bill to amend the Right of Children to Free and Compulsory Education Act, 2009.

This act is used to enable States to do away with the no-detention policy if they wish.

The Cabinet has cleared the introduction of the Bill.

To know more about @ https://tnpsc.academy/tnpsc-current-affairs-july-07-2017/