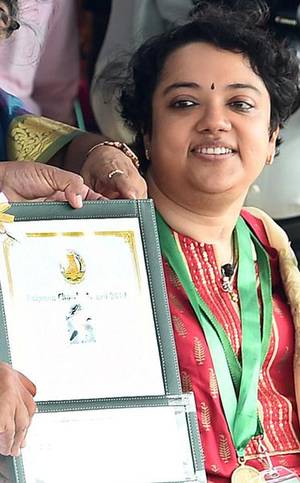 Preethi Srinivasan, the former State under 19 cricket captain awarded with the “Kalpana Chawla Award” for her courage & Daring Enterprise.

These awards were given by the Chief Minister Edappadi K. Palaniswami during the Independence Day celebrations at Fort St. George.

India will host the next steering committee meeting of the proposed 1,814 kilometre-long Turkmenistan-Afghanistan-Pakistan-India (TAPI) gas pipeline.

With this, India has reaffirmed its strong commitment to TAPI — first proposed in 1995.

The Turkmenistan-Afghanistan-Pakistan-India Natural Gas Pipeline (TAPI) Project is a natural gas pipeline being developed by the Asian Development Bank.