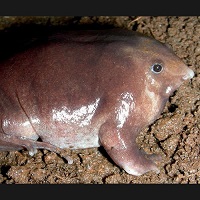 The video was submitted to World Records of India for recognition in July 2017.

He developed the missile for the Indian Army and local police in fighting terrorism.

This 1 cm nano missile can fly by burning the red phosphorus, and hit the target of three metres distance.

Scientists have developed stretchable fuel cells that extract energy from sweat, and could power a range of wearable devices such as LEDs and Bluetooth radios.

The biofuel cells are equipped with an enzyme that oxidises the lactic acid present in human sweat to generate current.

To be compatible with wearable devices, the biofuel cell needs to be flexible and stretchable.

So engineers decided to use what they call a “bridge and island”.

A new species of the endemic frog genus Nasikabatrachus has been discovered from the eastern slopes of the Western Ghats.

It has a snout-shaped nose, just like a pig’s and is a soil dwelling species of purple frog.

It inhabits the eastern slopes of the Western Ghats, near the Srivilliputhur Grizzled Giant Squirrel Wildlife Sanctuary in Tamil Nadu.

Significance of this discovery:

The discovery is significant as it constitutes additional evidence in favour of the theory of continental drift.

The frog is an inhabitant of Seychelles, and the discovery of this frog species in India suggests that the Indian subcontinent was part of the ancient landmass of Gondwana before splitting from Seychelles 65 million years ago.