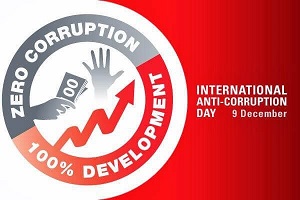 The National Trachoma Survey Report (2014-17) has been released. India is now declared free from ‘infective trachoma’.

Highlights of the survey:

The survey findings indicate that the active trachoma infection has been eliminated among children in all the survey districts with overall prevalence of only 0.7%.

This is much below the elimination criteria of infective trachoma as defined by the WHO- active trachoma is considered eliminated if the prevalence of active infection among children below 10 years is less than 5%.

The Survey results indicate that active trachoma is no longer a public health problem in India.

India has now met the goal of trachoma elimination as specified by the WHO under its GET2020 program.

Trachoma is a chronic infective disease of the eye and is the leading cause of infective blindness globally.

Trachoma is a disease of poor environmental and personal hygiene and inadequate access to water and sanitation.

It affects the conjunctiva under the eyelids. Repeated infections cause scarring leading to in-turning ofthe eyelashes and eyelids.

This further causes damage to the cornea and blindness.

A six-foot-high burial urn, mudhumakkal thazhi, made of clay, and pieces of pots have been unearthed at Old Pallavaram in Chennai.

The artefacts are estimated to be around 2,000 years old.

Researchers have unearthed what they believe to be the “oldest eye” in a 530-million-year-old fossil of an extinct sea creature.

The fossil of Schmidtiellus reetae, which includes an early form of the eye seen in many of modern animals, including crabs, bees and dragonflies, was discovered in Estonia.

Schmidtiellus reetae had a primitive form of compound eye — an optical organ that consists of arrays of tiny visual cells, called ommatidia, similar to those of present-day bees.

International Anti-Corruption Day has been observed annually, on 9 December, since the passage of the United Nations Convention against Corruption on 31 October 2003.