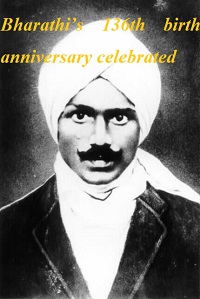 Researchers at the University of Illinois have announced an exciting finding — the discovery of a new form of matter: excitonium.

The existence of this matter has been theorized for 50 years.

It is made up of excitons – unusual particles made up of an escaped electron and the hole it has left behind in a material.

This quirky quantum-mechanical pairing is possible because, in semiconductors, electrons on the edge of one energy level in an atom are able, when excited, to jump into the next energy level, leaving behind a “hole” in the previous level.

With their new technique, the group was able to measure collective excitations of the low-energy bosonic particles, the paired electrons and holes.

It is the anniversary of the first unanimous United Nations resolution calling for countries to provide affordable, quality health care to every person, everywhere.

Universal health coverage has been included in the new Sustainable Development Goals adopted by the United Nations.

It is entirely funded by the Centre, which will also bear the maintenance cost for five years.

What is it for?

The laboratory, mounted on a bus will travel across the state and check food samples on the spot.

This would be the first ever ‘Food Safety on Wheel’ vehicle in the country.

The laboratory will help in the on-the-spot testing of food items and curb adulteration.

Besides this, it will also educate people about nutrition and importance of safe food.

Saudi Arabia’s Minister of Culture and Information Awwad bin Saleh Alawwad has announced the lifting of ban on movie theatres.

Saudi Arabia will have its first public cinemas in more than 35 years.

Priyanka Chopra, selected for the Mother Teresa Memorial Award for Social Justice for the year 2017.

As a Unicef Goodwill Ambassador she has fighting for the rights of refugees and displaced people.

The Mother Teresa Awards are awards to honour individuals and organizations that promote peace, equality and social justice, and aim to encourage the cause of justice and peaceful coexistence, while providing a impetus for society to imbibe these values.

The award is given in honour of Mother Teresa.

Kani is a tribe living in the Western Ghats area of Kerala, India.

Their use of the forest plant arogyapacha (trichopus zeylanicus) as a key ingredient in a herbal remedy called Jeevani was noted by visiting scientists in the 1980s.

The formula was eventually developed as a commercial enterprise by Arya Vaidya Pharmacy, with the tribe’s Kerala Kani Welfare Trust receiving license fees and royalties.

A recently discovered species of tree-dwelling crab has been named Kani maranjandu after the tribe.

The 136th birth anniversary of Tamil poet ‘Mahakavi’ C. Subramania Bharathi was celebrated at his birth place in Ettayapuram on 11th December 2017.

Popularly known as “Mahakavi Bharati”, he was a pioneer of modern Tamil poetry and is considered one of the greatest Tamil literary figures of all time.

His numerous works were fiery songs kindling patriotism and nationalism during the Indian Independence movement.