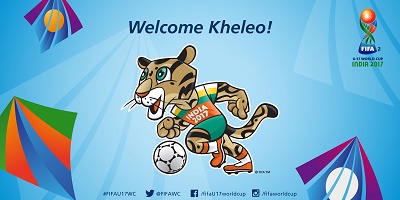 BRICS association of Brazil, Russia, India, China and South Africa to be held in Xiamen, China in September 2017.

The Theme of this year : “BRICS: Stronger Partnership for a Brighter Future,”.

International Day of Women and Girls in Science

The International Day of Women and Girls in Science was observed on February 11, 2017 to recognize the achievements of women in science and inspire and engage women and girls in science.

The theme of this year: “Gender, Science and Sustainable Development: The Impact of Media”.

Mission XI Million, the biggest school sport outreach programme was launched by the government, with the vision of making football the sport of choice in India.

A first of its kind, the programme will encourage children to play the game of football, gain healthy habits and learn important life lessons in teamwork and sportsman spirit.

The approach is to work with school principals and sports teachers and encourage and incentivize them to make children play football games on regular basis.

Mission XI Million also equips parents and schools with the equipment and the knowledge about how to make regular play a reality for their wards.

A clouded leopard called Kheleo has been chosen the official logo of the FIFA U-17 World Cup 2017.

The clouded leopard is a vulnerable wild cat whose habitat extends from the Himalayan foothills to mainland Southeast Asia.