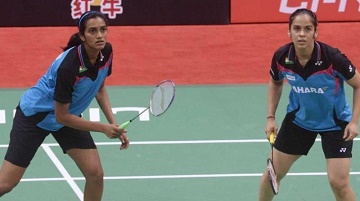 Google Researchers developed a method to provide internet connectivity to the people, especially in those belongs to remote parts of the world using a Network of balloons placed in the stratosphere.

What is special in that case means, Google has much more control over where its balloons reach and making it possible to focus on a specific region, rather than watching all over the globe.

What is Project Loon?

Huge helium filled balloons will be launched at altitudes of 20 km above the earth, above the zone where airplanes fly.

The balloons can then act as cell towers to receive and transmit signals.

Solar panels will power these “loons” with their batteries storing up charge for night-time operation.

The balloon’s path will be controlled by changing its altitude, so that it can optimally use wind speed and direction. The altitude will be altered by pumping or releasing air to raise or lower the balloon.

Users will need a special antenna for receiving and sending radio signals to/from the balloon.

India is ranked 143, behind its several South Asian neighbours and it has been placed in the category of “mostly unfree” economies.

The world average score of 60.9 is the highest recorded in the 23-year history of the index.

Forty-nine countries – the majority of which are developing countries, but also including countries such as Norway and Sweden – achieved their highest-ever index scores.

The Heritage Foundation has released its Index of Economic Freedom report 2017.

Economic freedom is measured based on 12 quantitative and qualitative factors, grouped into four broad categories, or pillars, of economic freedom:

It is going to be the working platform for First Indian All Women Circumnavigation of the Globe expedition of the Indian Navy.

The boat named in the name of Tara-Tarini temple of Orissa’s Ganjam district.

Indian Badminton player P.V. Sindhu ranked among the top 5 in the Women singles by the Badminton World Federation (BWF).

Saina Nehwal placed at the position of 9.

Subscribe our Newsletter to get Daily TNPSC Current affairs feb in English and Tamil on your Inbox.