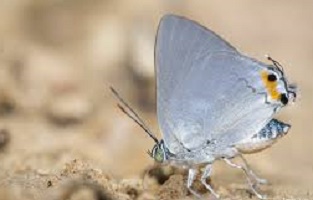 A Rare winged visitor, Blue throat sighted in Siruthavur in the outskirts of Chennai.

A native of Europe, the bird is known as “Neelakantan” in Tamil because of its blue throat.

About Silver Royal and Fluffy Tit:

The silver royal is rare species of butterflies.

Orchids are the host plant for these species and only during the rainy season can we spot them in the dry deciduous forests of Srivilliputhur.

India and Israel joined to develop a missile for Army

India has approved a deal with Israel to develop jointly a medium range surface-to-air missile (MR-SAM) system for the Army.

This is the latest in a series of other variants of SAM systems for the Navy and the Air Force being jointly developed with Israeli help under deals estimated at billions of dollars.

The ninth BRICS Summit will be held in China’s Xiamen city from September 3 to 5, 2017.

The theme of this year : “BRICS : Stronger Partnership for a Brighter Future”.

Subscribe our Newsletter to get Daily Tnpsc current affairs feb in English and Tamil on your Inbox.