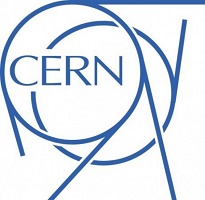 The railways also aim to procure more and more electricity at cheaper rates through open market instead of getting it from DISCOMs and ready to save as much as 25% on its energy expenses.

To make aware of the people about the Oil and Gas conservation across the country, the mass awareness programme is organized by the Ministry of Petroleum and Natural Gas (MOP & NG) in every year.

Saksham was inaugurated for the state of Nagaland in a small function organised at Unity College, Dimapur.

According to the Inclusive Growth and Development Report 2017, India has been ranked 60th among 79 developing economies, below neighbouring China and Pakistan.

The Inclusive Development Index (IDI) is based on 12 performance indicators. In order to provide a more complete measure of economic development than GDP growth alone, the index has three pillars — Growth and Development, Inclusion and Intergenerational Equity, and Sustainability.

Lithuania tops the list of 79 developing economies that also features Azerbaijan and Hungary at second and third positions, respectively.

Karang, a small lake island in Manipur located in the middle of Loktak, has become the country’s first cashless island.

India has officially become an Associate member of CERN with the Indian government completing its internal approval procedures in respect of the agreement it had signed with CERN on November 21, 2016.

As an Associate member India will have full access to all data generated at CERN. As there are many experiments in CERN, there will be plenty of information available.

As an Associate member, India can participate in all experiments.

CERN is the world’s largest nuclear and particle physics laboratory, where scientists and engineers are probing the fundamental structure of the Universe by using the most sophisticated scientific instruments and advanced computing systems.

In 1991, India and CERN signed a Cooperation Agreement, setting priorities for scientific and technical cooperation. India and CERN have signed several other protocols since then. India was granted Observer status to the CERN Council in 2002.

Subscribe our Newsletter to get Daily TNPSC Current Affairs Jan 18, 2017 in English and Tamil on your Inbox.