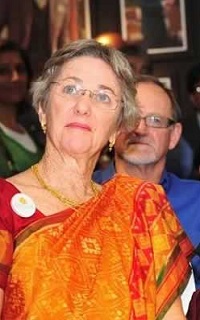 NASA’s Kepler mission team has released a survey of 219 potential exoplanets — planets outside of our solar system.

Kepler is a space observatory launched by NASA to discover Earth-size planets orbiting other stars.

Named after astronomer Johannes Kepler, the spacecraft was launched on March 7, 2009, into an Earth-trailing heliocentric orbit.

Ten of the new discoveries were orbiting their suns at a distance similar to the Earth’s orbit around the sun.

Kepler has already discovered 4,034 potential exoplanets, 2,335 of which have been confirmed by other telescopes as actual planets.

The 10 new Earth-size planets bring the total to 50 that exist in habitable zones around the galaxy.

Of the 10 newly discovered Earth-size planets, one is the closest to Earth in size and the distance to its host star.

What you need to know about Exoplanets?

An exoplanet is a planet outside our solar system, usually orbiting another star.

They are also sometimes called “extrasolar planets”, “extra-” implying that they are outside of our solar system.

The International Day of Yoga is celebrated across the world on 21 June.

It aims to raise awareness worldwide of the many benefits of practicing yoga.

The first International Day of Yoga was observed all over the world on 21 June 2015 in New Delhi.

Free Education for Girls from Nursery to PhD – Punjab Government

The Punjab Government has announced free education for girls in government schools and colleges from Nursery to Ph.D.

This is the major step towards women empowerment by Punjab CM Captain Amarinder Singh.

Sachin Tendulkar’s mother-in-law and social activist Annabel Mehta, a British national, has been awarded the MBE (Member of the Order of the British Empire) for her work and service to the underprivileged people.

The award will be presented to her at Buckingham Palace in London later this year.

Annabel has been recognized and honored for over 40 years of service to underprivileged communities in India.

Indore has installed a 14-foot-tall robot to control traffic for the first time in India.

It’s equipped with a public address system and can take photos of traffic violators to generate e-challans when connected to police control room.