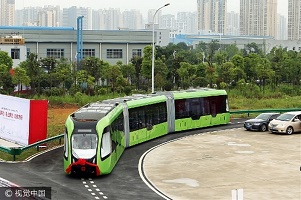 “Operation Swarn” is going to launch by the Railway Ministry to improve services in Rajdhani and Shatabdi Express trains.

Indian agricultural microbiologist Shri hari Chandraghatgi has been conferred the Ministry of Environment Award for 2017 in Japan.

Chandraghatgi, is President and CEO of EcoCycle Corporation.

He is the first foreigner to be given the Ministry of Environment Award, the highest award in environmental sector in Japan.

Chandraghatgi, hailing from Siddapura of Karnataka, has been residing in Tokyo for almost two decades.

He has over a dozen patents against his name.

These patented technologies have been applied over 400 sites in Japan, Taiwan, Thailand, India, China and the US.

Anti-hunger activist Ankit Kawatra, will be honoured with the Queen’s Young Leaders Award with 60 others from all 53 Commonwealth countries.

He is awarded for his contribution in the fields of solving hunger and malnutrition in India.

Ankit Kawatra, will be honoured by Queen Elizabeth II at a ceremony to be held in the Buckingham Palace on June 29.

He started working for the cause after witnessing massive amount of extra food being thrown away in a wedding and feels that his mission is to end hunger in his lifetime.

Topic : India and its Neighbours, New inventions on Science and Technology

China has unveiled the world’s first train that runs on virtual tracks.

Instead of railway tracks, the train runs on rubber tyres.

The train can move at a maximum speed of 70 km/hour.

The Autonomous Rail Transit (ART) system is fitted with sensors that detect the dimensions of the road.

This enables the vehicle to follow routes without the need for metal rails.

The 30-metre train has three carriages as of now and can carry 300 passengers.

More carriages can be added – taking the total capacity up to 500 passengers.

India’s population to surpass that of China’s around 2024: UN

The World Population Prospects: The 2017 Revision, published by the UN Department of Economic and Social Affairs, was recently released.

The 2017 Revision of World Population Prospects is the 25th round of official UN population estimates and projections.

According to the UN forecast, India’s population could surpass that of China’s around 2024.

Currently China with 1.41 billion inhabitants and India with 1.34 billion remain the two most populous countries, comprising 19 and 18% of the total global population.

India s population may eventually see a decline in the half century after 2050 to 1.51 billion by 2100 but it will still be the most populous country in the world.

Under the Swachh Bharat Mission Gramin (SBM-G), rural Uttarakhand and rural Haryana have declared themselves as the 4th and 5th Open Defecation Free (ODF) States of India.

The two today joined the league of Sikkim, Himachal Pradesh and Kerala, which were the first three states to be declared ODF.