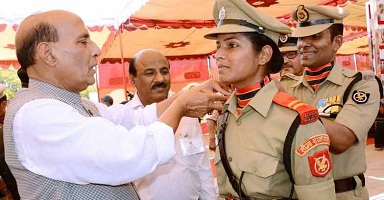 Earth hour was observed across the globe on March 25th. It was the tenth anniversary of the Earth Hour this year.

Earth Hour is a worldwide movement for the planet organized by the World Wide Fund for Nature (WWF).

The event is held worldwide annually encouraging individuals, communities, households and businesses to turn off their non-essential lights for one hour, from 8:30 to 9:30 p.m. on the last Saturday in March, as a symbol for their commitment to the planet.

It was famously started as a lights-off event in Sydney, Australia in 2007. Since then it has grown to engage more than 7000 cities and towns worldwide.

Why do we need earth hour?

Global warming and climate change have dominated the scientific discourse in the past more than one decade.

With ever rising population of the world, the climate change has put the humankind at a great risk along with other species.

With Earth Hour, the WWF aims to engage people across the globe to adopt more sustainable lifestyle.

The Indian Navy is preparing for de-induction of TU142M Long Range Maritime Patrol aircraft after its 29 years of dedicated service to the nation.

The TU142M Long Range Maritime Patrol aircraft was inducted into Indian Navy at Dabolim Goa from erstwhile USSR in 1988.

The aircraft subsequently shifted base permanently to INS Rajali in 1992 and became the most formidable LRMR ASW (Long Range Maritime Reconnaissance and Anti Submarine Warfare) aircraft of the Indian Navy.

The aircraft has done the Indian Navy proud by participating in all major naval exercises and operations with distinction.

The aircraft saw action during operation ‘Cactus’ in Maldives and participated in operational missions off Sri Lanka to provide airborne surveillance.

Scientists in Germany have switched on the world’s largest artificial sun – a device they hope will help shed light on new ways of making climate-friendly fuels.

The giant honeycomb-like set-up of 149 spotlights – officially known as Synlight – in Juelich, about 20 miles west of Cologne.

It uses xenon short-arc lamps normally found in cinemas to simulate natural sunlight which is often in short supply in Germany at this time of year.

Synlight can produce light which is 10,000 times the intensity of the solar radiation at the Earth’ surface, while temperatures at the target point of the lamps can reach up to 3000°C.

Researchers developing the next generation of renewable energy technologies use these extreme temperatures to manufacture the fuels.

It is not dependent on weather conditions, with researchers hoping the simulator will bring faster progress to solar fuel manufacturing.

The Border Security Force received its first woman field officer after a convocation ceremony conducted in the BSF academy at Tekanpur in Madhya Pradesh.

Tanushree Pareek, from Rajasthan, led the passing-out parade at the BSF Academy as the first woman field officer.

Pareek started training last year in a 52-week Assistant Commandant training programme with the 40th batch of the BSF academy.

Scientists have identified a brown dwarf with the ‘purest’ composition that is about 90 times as massive as Jupiter, located 750 light years away in the outermost reaches of our galaxy.

Brown dwarfs are intermediate between planets and fully-fledged stars.

Their mass is too small for full nuclear fusion of hydrogen to helium (with a consequent release of energy) to take place, but they are usually significantly more massive than planets.

How was it found?

The researchers have classified this L-type Ultra Subdwarf using its optical and near-infrared spectrum, which has been measured using the European Southern Observatory’ Very Large Telescope (VLT).

Subscribe our Newsletter to get Daily Tnpsc current affairs MAR in English and Tamil on your Inbox.