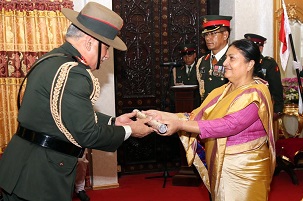 Hindu New Year is being celebrated in different parts of the country today with traditional celebrations.

Hindus of Bali and Indonesia also celebrate their new year on the same day as Nyepi.

INLCU L51 was commissioned into the Indian Navy.

It is First of the Eight ships of the LCU Mk IV Class.

The ship has been built to assist in amphibious operations by carrying out beaching operations and has an endurance of 1500 nm.

It will also enhance the capabilities of the Andaman and Nicobar Command in Humanitarian Assistance and Disaster Relief (HADR) operations.

The Uttarakhand High Court has ordered ‘complete’ ban on mining activities in the State for four months.

The court has ordered that a high-power committee be constituted to assess the expanse of river bed mining in the State and submit a report.

The committee has been directed to submit a report within four months.

A Centre of Excellence for Flowers is being set up with the assistance of Netherlands in district Jhajjar of Haryana to encourage the farmers to take up floriculture.

It has been tradition between the Indian and Nepal armies to confer the honorary top rank on each other’s chiefs to signify their close and special military ties.

Subscribe our Newsletter to get Daily TNPSC current affairs MAR in English and Tamil on your Inbox.