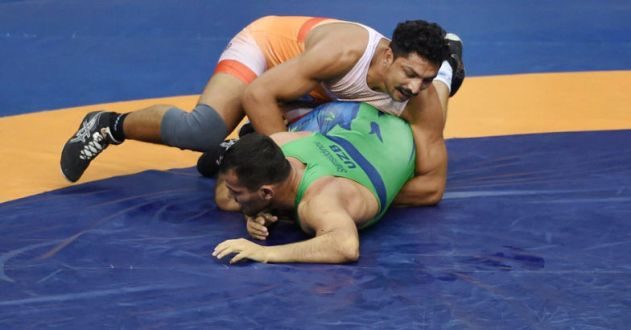 Topic : India and its Neighbor Countries, Science and Technology

China has started its experimental tests of “Yuegong-1”, or “Lunar Palace”.

What you need to know?

As part of this experiment, four Chinese students have entered the 160-square-metre (1,720-square-foot) cabin. They will live there for 200 days.

The volunteers will live in the sealed lab to simulate a long-term, self-contained space mission with no input from the outside world.

The “Lunar Palace” has two plant cultivation modules and a living cabin: 42 square metres containing four bed cubicles, a common room, a bathroom, a waste-treatment room and a room for raising animals.

The Lunar Palace is the world’s third bio regenerative life-support base, and the first developed in China.

It is the only such facility to involve animals and microorganisms as well as plants and humans.

Human waste will be treated with a bio-fermentation process, and experimental crops and vegetables grown with the help of food and waste byproducts.

The project seeks to help the country prepare lunar explorers for longer stays on the surface.

National Technology Day was celebrated across India on May 11.

Based on tremendous breakthrough achievements by the country’s scientists, engineers, and technicians, Atal Bihari Vajpayee declared May 11 as the National Technology Day.

Every year since 1999, the Technology Development Board (TDB) commemorates the day by honouring technological innovations that have positively impacted the nation.

e-Krishi Samvad, an online interface, was recently launched by the government.

What you need to know about e-Krishi Samvad?

e-Krishi Samvad is internet based interface and is a unique platform that will provide direct and effective solutions to the problems faced by farmers and stakeholders in the agriculture sector.

This e-Krishi Samvad help the people and Stakeholders can upload photographs related to diseases of the crops, animals or fishes for diagnostics and remedial measures instantly from the specialists.

India test fired a surface-to-air missile ‘Spyder’ from a test range in Odisha as part of missile launch practice of a series of tests of the short-range quick reaction.

Spyder (Surface-to-air PYthon and DERby) is an acquired missile system from Israel.

Spyder is an all-weather missile which has an automatic process of engaging an aggressive aircraft or missile.

Asian Wrestling Championship 2017 is started in KD Jadhav Indoor Stadium, New Delhi from 10th May to 14th May.

In women’s 75 kg category, Jyoti lost in the semifinal to Japan’s Masako Furuichi and won the Bronze medal.

Vinay Mohan Kwatra was appointed as the new Ambassador of India to France.

Kwatra’s appointment comes after Presidential elections in France, in which Emmanuel Macron was elected the President.

A 1988-batch Foreign Service officer, Kwatra will succeed Mohan Kumar, who is retiring.

He had the experience of dealing with the UN organisations such as International Labour Organization (ILO) and World Health Organization (WHO).

And also served in Indian diplomatic missions in China and the US.