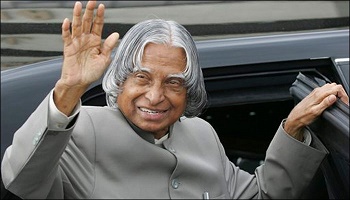 Intel International  science award in US for Indian school boy

An Indian boy has won the world’s largest pre-college science competition in the US in the environmental engineering category for his project on biodegradation of pesticides.

Prashant Ranganathan, a 12th grader from Jamshedpur, along with over 20 high school students from various parts of India, participated in the Intel International Science and Engineering Fair.

This project tells about the side effects of using pesticide in the farming land and refers to use biodegradable use.

Padmini Rout finished third with seven points after a last round victory over Yuxin Song of China.

Scientists at NASA have named a new organism discovered by them after our former president APJ Abdul Kalam.

The new organism which is a spore-forming bacteria has been found only on the International Space Station (ISS) and has not been found on earth.

Researchers at the Jet Propulsion Laboratory (JPL), the foremost lab of NASA for work on inter-planetary travel, discovered the new bacteria on the filters of the International Space Station (ISS) and named it Solibacillus kalamii to honour the late president, who was a renowned aerospace scientist.

Kalam had his early training at NASA in 1963 before he set up India’s first rocket-launching facility in the fishing village of Thumba in Kerala.

Topic : New Appointments, Who is Who?, Persons in News

Hassan Rouhani has been re-elected as the President of Iran.

He was elected as president for his first term in 2013.

He won 2013 elections by pledging to end Iran’s isolation and improve civil rights at home.

Vaishnavi secured First prize and overall championship in the Junior category (13 to 15 years), in which 15 students from India participated.

Tejas Express is a state of the art train capable of running at the speed of 200 kmph with ultra modern amenities run between Mumbai and Karmali.