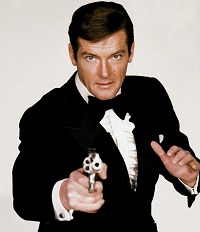 What you need to know about SP model?

Under the “Strategic Partnership” model, the government will shortlist and then pick Indian companies to join forces with foreign firms to supply fighter jets, helicopters, armoured vehicles and submarines.

For each platform, one private sector strategic partner will be chosen.

The strategic partnership model aims to create a vibrant defence manufacturing ecosystem in the country through involvement of both the major Indian corporate as well as the MSME (Ministry of Micro, Small & Medium Enterprises) sector.

Ethiopia’s former health minister has been elected to serve as the next director-general of the World Health Organization.

The first African selected to head the global health agency.

The World Health Assembly is the legislative and supreme body of WHO.

Based in Geneva, it appoints the Director-General every five years.

The world’s largest aircraft has successfully completed a test flight.

This move bringing the massive helium-filled airship one step closer to commercial use.

The hybrid aircraft, the Airlander 10 combines technology from airplanes, helicopters and airships.

It is designed to fly at altitudes of 6,100 meters for up to five days when manned.

With a length of 92 metres, it is the largest aircraft currently flying.

The book was published by the Mc Graw Hill Education India.

The Book also deals with general knowledge, viz., general information, culture, monuments and cultural institutions of India and miscellaneous general topics among many other subjects.

The country’s first tunnel under the Hooghly river for establishing metro link between Howrah and Kolkata has completed.

Rachna, a giant tunnel-boring machine (TBM), was deployed to dig the underwater tunnel that runs a length of 502 metres under the river.

The project connects Howrah to the west and Salt lake to the east.

This is used to protect the turtles and tortoises and their rapidly disappearing habitats across the world.

American Tortoise Rescue is a nonprofit organization founded in 1990 that works to provide protection to all species of tortoise and turtle.

ATR has placed about 4000 tortoises and turtles in caring homes so far.

Organization’s ultimate goal is to stop the illegal trade of turtles and tortoises around the world.

The World Turtle Day was proclaimed by American Tortoise Rescue (ATR) proclaimed this day in the year 2000.

Since then, it is celebrated yearly to create awareness about turtles and tortoises, the world’s oldest living reptiles in the world.

The 21-year-old Indian topped the ballot with 129 votes as she led a trio of women onto the BWF Athletes’ Commission. She will serve for four years term.

Dhola-Sadiya: A Bridge of New Hope for the North East

This new, three lane, 9.15 kilometre bridge has been built over river Lohit, a tributary of the Brahmaputra, linking Dhola to Sadiya in Assam .

The bridge will fill a huge connectivity gap that has existed in the region.

Till now, the only means to cross the Brahmaputra at this location has been by ferry only in day-time and even this is not possible during floods.

The last bridge over the Brahmaputra was the Kalia Bhomora Bridge at Tejpur.

This will however change from with the Dhola-Sadiya bridge ensuring 24X7 connectivity between upper Assam and Eastern part of Arunachal Pradesh.

Belonging to the 1982 batch of IAS, West Bengal cadre, Shri Mitra is a Post-Graduate in Physics and Economics.

He also did his Mason Fellowship at the John F Kennedy School of Government, Harvard University in 1995 – 96.

Shri Mitra was earlier Secretary, Ministry of Road Transport & Highways in the Government of India and had also worked as Chief Secretary of West Bengal.

He was best known for his role as James Bond in films such as “Live and Let Die” and “The Spy Who Loved Me.

Sir Roger was appointed as UNICEF  Goodwill Ambassador in 1991.

He passed away in Switzerland after a brief battle with cancer.

According to World Economic Forum’s UN Habitat Data of 10 most densely populated cities, Dhaka, with 44500 people per square meter, is placed at first position.

Mumbai, with 31700 people/sq.meter secured the second place while Kota is at number seven.

Dhaka tops the list with 44500 people per sq km while Mumbai with 31700 ranks second in the list of 10 most densely populated cities in the world.

The 10 most densely populated cities are

Six of the most densely populated cities are in Asia, three in Africa and one in South America.