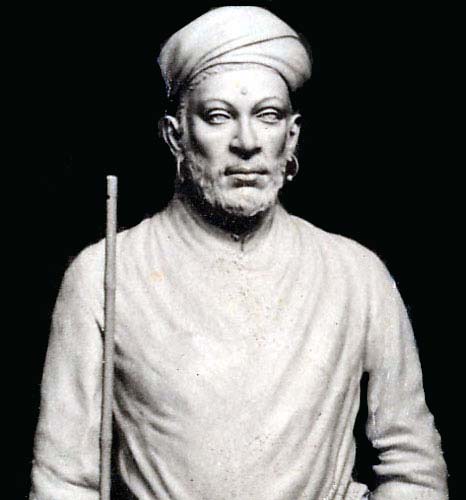 Who is Sir CV Raman?

He was born in Thiruvanaikaval at Thiruchirappalli in 1888.

He had discovered Raman Effect and got Nobel Prize for Physics in 1930 for his discovery of Raman Effect.

In 1954, he was honoured with India’s highest civilian award Bharat Ratna. He was also the first recipient of Bharat Ratna award along with Rajagopalachari and Sarvepalli Radhakrishnan.

National Science day is observed on February in India to mark his discovery of Raman effect.

What is Raman Effect?

When a beam of light traverses a dust-free, transparent sample of a chemical compound, a small fraction of the light emerges in directions other than that of the incident (incoming) beam. Most of this scattered light is of unchanged wavelength. A small part, however, has wavelengths different from that of the incident light, its presence is a result of the Raman effect.

Viramamunivar’s birth anniversary is celebrated on November 08 in Tamil Nadu.

He was an Italian Jesuit Priest, renowned poet in the Tamil language. He changed his name from Constanzo Beschi or Constantine Joseph Beschi  in English to Tamil name as Viramamunivar.

He is known as a classical writer of Tamil literature.

He also wrote a grammar for the common use of Tamil for the first time which earned him the title “Father of Tamil Prose”.

The meeting has been organized by Ministry of AYUSH. 19 member countries of International Regulatory Corporation for Herbal Medicines (IRCH) with 36 delegates including experts from WHO headquarters are participating in meeting.

IRCH is established in 2006 by World Health organization. It is a global network of regulatory authorities responsible for regulation of herbal medicines.

Its mission is to protect and promote public health and safety through improved regulation for herbal medicines.

The first annual meeting of IRCH was held in Beijing, China in October 2006.

The eighth annual meeting of IRCH was held in Riyadh, Saudi Arabia in December 2015

Subscribe to our newsletter to receive daily current affairs in English and Tamil in your inbox. Get an alert on all TNPSC latest Notifications.[/vc_column_text][/vc_column][/vc_row]