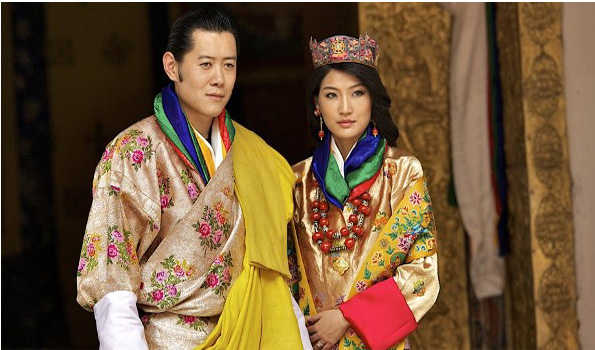 The Department of Industrial Policy and Promotion (DIPP) announced that India ranks 100 among 190 countries assessed by the Doing Business Team.

The DB Report is an assessment of 190 economies and covers 10 indicators which span the lifecycle of a business.

India has improved its rank in 6 out of 10 indicators and has moved closer to international best practices.

A 45 member contingent of the Indian Air Force reached Israel to participate in exercise ‘Blue Flag-17’.

Blue Flag is a bi-annual multilateral exercise which aims to strengthen military cooperation amongst participating nations.

This is the first time the Indian Air Force is operating with Israeli AF in a multilateral exercise setting.

King of Bhutan, Jigme Khesar Namgyel Wangchuck has arrived in New Delhi on a four-day visit to India.

He was accompanied by his wife, Queen Gyaltsuen Jetsun Pema Wangchuck.

This day marks the birth anniversary of Sardar Vallabhbhai Patel, who played an instrumental role in integration of princely state with Indian Union post-independence.

She won India’s first-ever gold medal in women’s wrestling at the Commonwealth Games in 2010.

She became the first woman wrestler from India to qualify for the Olympic Summer Games.

Her life has been portrayed in the movie Dangal.

The Joint Indo-Russia Tri-Services Exercise INDRA-2017 was successfully conducted from 19 to 29 Oct 2017 at Vladivostok in Russia.

The name of the exercise INDRA has been derived from INDia and RussiA.

Exercise INDRA-2017 is the first Joint Tri-Services Exercise between Russia and India.

This is also the first time that Russia has hosted a Tri-Services Exercise on its soil.

The theme of Exercise INDRA-2017 was ‘Preparation and Conduct of Operations by a Joint Force for Suppression of International Terror Activity at the request of a host country under UN mandate’.