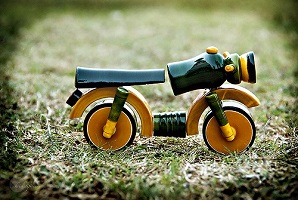 It is a three-day event, which is organised by the Food Processing Industries Ministry, will see investors, manufacturers, producers, food processors, policy makers and organisations from all over the world.

The event aims to facilitate participation between domestic and international businesses

This is the first time that India is hosting such an event for the food processing sector.

World Food India aims to transform food economy and realize the vision of doubling of farmers’ income by establishing India as a preferred investment destination and sourcing hub for the global food processing industry.

The Etikoppaka toys are not only popular in Andhra Pradesh but also gained their popularity all over the country and abroad over the years. But this art form suffered a setback in the last decade.

A geographical indication (GI) is a name or sign used on products which corresponds to a specific geographical location or origin (e.g. a town, region, or country).

The use of a geographical indication may act as a certification that the product possesses certain qualities, is made according to its geographical origin.

Border Roads Organisation (BRO) under Union Ministry of Defense has constructed the world’s highest motorable road (at 19300 feet) in Ladakh region of Jammu and Kashmir.

This road has been constructed under BRO’s ‘Project Himank’.

BRO’s ‘Project Himank’ started in 1985, to construct and maintain roads and related infrastructure in Leh-Ladakh region.

It reflects the state of gender equality in the countries listed on the index.

India has performed poorly on three out of the four main dimensions. In Economic Participation and Opportunity India ranked 139th, in Educational Attainment it ranked 112th.