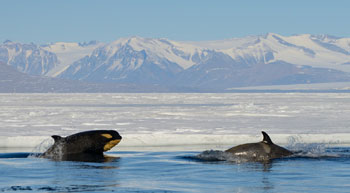 The State of Himachal Pradesh has been declared Open Defecation Free (ODF).

HP is the second State in the country (after Sikkim) to achieve the feat.

With this, Himachal Pradesh has successfully achieved a total rural sanitation coverage of 100% in the State, with all 12 out of 12 districts in the State being both, declared as well as verified, as ODF.

Delegates from 24 countries and the European Union have agreed that the Ross Sea in Antarctica will become the world’s largest marine protected area (MPA).

With this, some 1.57m sq km (600,000 sq miles) of the Southern Ocean will gain protection from commercial fishing for 35 years.

The Ross Sea is one of the last intact marine ecosystems in the world, home to penguins, seals, Antarctic tooth fish, and whales. It is seen as critical for scientists to study how marine ecosystems function and to understand the impacts of climate change on the ocean.

Bangladesh has introduced a temporary ban on catching Hilsa in an effort to save the hugely popular fish.

Anyone caught catching Hilsa faces at least a year in jail under a 22-day ban that began on October 12, the start of the breeding season.

Some 60 per cent of the world’s Hilsa are caught in Bangladesh.