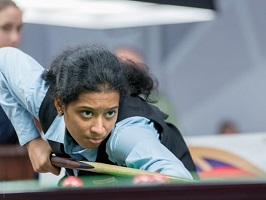 The Indian Air Force (IAF) is celebrating its 85th anniversary on 08th October 2017.

The celebrations would be marked by a stellar show in the skies by various aircraft at the Hindon Air Force Station in Ghaziabad.

India is all set to hold the first ‘BIMSTEC Disaster Management Exercise- 2017’.

This Exercise will be a platform for sharing Best Practices on all aspects of Disaster Risk Reduction (DRR), strengthening regional response and coordination for Disaster Management among the BIMSTEC member countries.

Richard H. Thaler from University of Chicago has been awarded the 2017 Nobel Prize in Economics for his valuable contributions in Behavioral Economics.

His work to bridge the gap between psychology and economics won him the Nobel Economics Prize.

Richard Thaler is a Behavioral Science and Economics Professor at University of Chicago Booth School of Business.

Through this programme, the Government aims to reach each and every child under two years of age and all those pregnant women who have been left uncovered under the routine immunisation programme.

The special drive will focus on improving immunization coverage in select districts and cities to ensure full immunization to more than 90% by December 2018.

Under IMI, special strategies are devised for rigorous monitoring of the programme.

States and districts have developed coverage improvement plans based on gap self-assessment.

These plans are reviewed from state to central level with an aim to reach 90% coverage by December 2018.

Anupama Ramachandran of India won the World Open Under-16 Snooker Championship title in the girls category, in Saint Petersburg, Russia.

Federation of Billiards Sports of Russia (FBSR) hosted the first ever World Open championships for Under-16 boys and girls.

In the girls category, Anupama Ramachandran of India won the World Open Under-16 Snooker Championship title.

World Post Day was celebrated all over the world on October 9th 2017.

The World Post Day is celebrated to mark the anniversary of the establishment of the Universal Postal Union (UPU) in 1874 in the Swiss Capital, Bern.

It was declared World Post Day by the UPU Congress held in Tokyo, Japan in 1969.