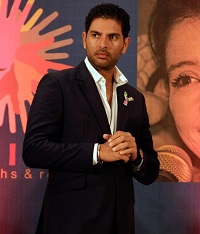 Some species may have become extinct

Three marine species, the Pondicherry Shark, the Red Sea Torpedo and the Tentacled Butterfly Ray might have become possibly extinct in the oceanic waters of the Arabian Seas Region (ASR).

Because there is no evidence of its existence has discovered in the last three decades.

Scientists are also worried about the possible disappearance of other species from the region even before they were known to science.

The ASR covers the waters of the Red Sea, Gulf of Aden, Arabian Sea, Sea of Oman, and the Gulf.

The region is also bordered by 20 countries including India, Bahrain, Egypt, Iraq, the Islamic Republic of Iran, Israel and Pakistan.

This year’s ranking marks a drop of three positions as compared to 97th rank in Global Hunger Index 2016.

Global Hunger Index is a multidimensional measure that describes the state of hunger situation on regional, national and global level.

On Global Hunger Index, countries are ranked on a 100-point scale. (0 being the best score indicating no hunger and 100 being the worst).

Among Asian countries India’s score is the third worst, only better than Pakistan and Afghanistan.

Even countries like Iraq, North Korea and Bangladesh have better scores than India.

The report also cited that despite of India being world’s second largest food producer it has second highest under-nourished population in the world.

Topic : New Appointments, Latest Diary of Events, Persons in News, Who is Who?

Yuvraj Singh was appointed as the first Indian ambassador of Laureus at an event in Mumbai.

Yuvraj Singh is an Indian cricketer. He is a left-hander.

MoU between India and Morocco

The Union Cabinet chaired by the Prime Minister Narendra Modi has given its approval for signing of a Memorandum of Understanding (MoU) between India and Morocco on cooperation in the field of water resources.

The MoU intends to enhance cooperation in the field of water resources development and management within the framework of their expertise and their respective legislations.