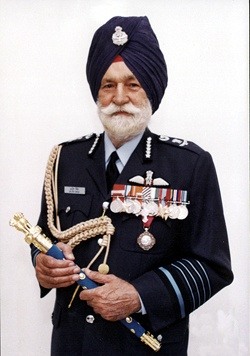 Exercise Yudh Abhyas – 2017, a joint military exercise between Indian and US armies has started at Joint Base Lewis McChord, Washington, USA.

During the two week long exercise soldiers from both countries will hone their tactical skills in counter insurgency and counter terrorist operations under a joint brigade headquarter.

Sardar Sarovar project is the second biggest dam in the world after the Grand Coulee Dam in the United States.

The power generated from the Sardar Sarovar Dam will be shared among Maharashtra, Madhya Pradesh and Gujarat.

30th Anniversary of Montreal protocol and 23rd World Ozone Day was celebrated on September 16th across the country.

Theme of this year : “Caring for all life under the Sun”.

Every year, on September 16, the World celebrates the International day for the preservation of Ozone layer as the World Ozone Day.

During the United Nations convention in Vienna for the Montreal Protocol, the General Assembly declared September 16 as the World Ozone day in order to remind the world of the depleting ozone layer.

The first ozone hole was discovered 30 years ago in May 1985 over Antarctica.

The Montreal Protocol – protocol to the Vienna Convention for the Protection of the Ozone Layer is an international treaty designed to protect the ozone layer by phasing out the production of numerous substances that are responsible for ozone depletion.

As a result of the international agreement, the ozone hole in Antarctica is slowly recovering.

Climate projections indicate that the ozone layer will return to 1980 levels between 2050 and 2070.

She became the first Indian shuttler to won the Korea open series tilte.

Sindhu defeated China’s He Bingjiao in the semi-finals.

The Korea Open is an annual badminton event that is commonly held in Seoul, South Korea.

The tournament is now known as Korea Open Super Series.

Marshal of the Indian Air Force Arjan Singh passed away

He served as Chief of the Air Staff from 1964 to 1969. He is the only Air force cheif who has headed Airforce for five years, generally it is upto three years.

The National Aeronautics and Space Administration’s (NASA) Cassini spacecraft completed its 20-year-long journey with a fiery plunge into the Saturn’s crushing atmosphere.

No spacecraft has ever ventured so close to the planet before.