As per the India Meteorological Department (IMD), there are cold wave conditions over Delhi.

Cold Wave: A rapid fall in temperature within 24 hours to a level requiring substantially increased protection to agriculture, industry, commerce, and social activities.

For the plains, a cold wave is declared when the minimum temperature is 10 degrees Celsius or below and is 4.5 degrees Celsius (C) less than normal for two consecutive days.

A wind chill factor is a measure of the cooling effect of the wind on the temperature of the air.

How is the American President elected?

Who can become the President of the United States of America (USA)?

A candidate should be:

A natural-born citizen of the United States.

A resident of the United States for 14 years.

The US President and Vice President are not elected directly by the people. Instead, they are chosen by “electors” through a process called the “Electoral College”.

How does the electoral college work?

The number of electors from each state is roughly in line with the size of its population. Each state gets as many electors as it has lawmakers in the US Congress (representatives in the House and senators). There are 538 electors in total.

Each elector represents one electoral vote, and a candidate needs to gain a majority of the votes – 270 or more – to win the presidency.

What happens if no candidate gets a majority?

The House of Representatives, the lower house of US lawmakers, will then vote to elect the president. This has happened only once, when in 1824 four candidates split the electoral vote, denying any one of them a majority. With two parties dominating the US system, this is unlikely to happen today.

More than 100 beached pilot whales saved off Sri Lanka. The rescue was conducted by the navy, with help from environmental protection officers, police, and local residents.

Why do whales beach themselves?

Cetacean stranding, more commonly referred to as beaching, refers to the phenomenon of dolphins and whales stranding themselves on beaches. Whale beachings are not uncommon. Scientists say the reason is often unknown but they have a range of theories, including:

Errors made in navigation.

Hunting too close to shore. 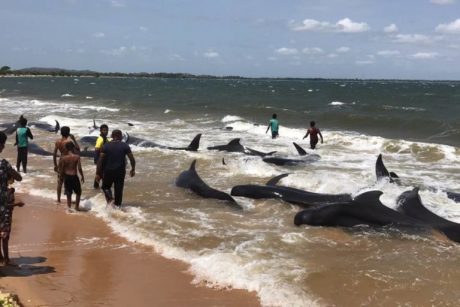 It is more common for these cetaceans to live in large groups with intricate social systems. If one member of the group is sick or in trouble, its distress calls can cause the other members to follow it to the beach, resulting in a mass stranding.

Highly social mammals, pilot whales are particularly known for stranding in groups because they travel in large, close-knit communities which rely on constant communication.

In September, several hundred whales died on the coast of Tasmania in Australia in one of the country’s biggest stranding on record and one of the largest in the world.

The largest mass stranding in modern recorded history was 1,000 whales on the shores of the Chatham Islands, a New Zealand territory in the Pacific Ocean in 1918.

Pilot whales are so named because it was once believed that each observed group was navigated by a pilot or leader.

Six new sites apart from the Kuno-Palpur Wildlife Sanctuary were identified under Project Lion that was announced by Prime Minister Narendra Modi on August 15, 2020. 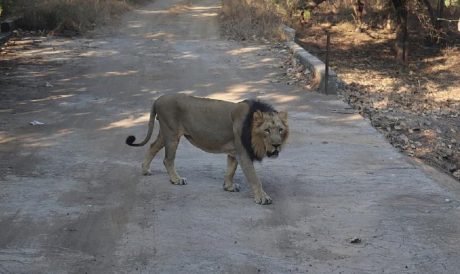 The six new sites include:

Lion relocation has been talked about since 1995, when the Kuno Wildife Sanctuary was identified as an alternate site.

What is the need for relocation?

The population in Gir has low genetic diversity, making it vulnerable to threats of extension from epidemics.

Lions are found in Gujarat across an area of 30,000 sq km called the Asiatic Lion Landscape (ALL).

Besides, the 2013 Supreme Court order directed Gujarat to relocate lions to the Kuno-Palpur Wildlife Sanctuary.