Every year, 24th October is observed as World Polio Day in order to call on countries to stay vigilant in their fight against the disease. It was established to commemorate the birth of Jonas Salk, who developed an Inactivated (killed) Polio Vaccine (IPV).

In the last three decades, the Global Polio Eradication Initiative (GPEI), led by national governments and the World Health Organisation (WHO), has been monitoring the disease situation globally. As per the WHO, since 1980, the cases of wild poliovirus have decreased by over 99.9% as a result of vaccination efforts made around the world.

Oral Polio Vaccine (OPV): It is given orally as a birth dose for institutional deliveries, then primary three doses at 6, 10 and 14 weeks and one booster dose at 16-24 months of age.

Injectable Polio Vaccine (IPV): It is introduced as an additional dose along with the 3rd dose of DPT (Diphtheria, Pertussis and Tetanus) under the Universal Immunisation Programme (UIP).

In the wake of the pandemic, the 5th edition of the Kochi-Muziris Biennale has been postponed to 1st November 2021, which was earlier set to be inaugurated on 12th December 2020. 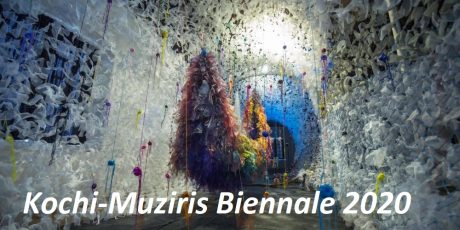 The Kochi-Muziris Biennale is an art exhibition and festival that is the largest of its kind in South Asia and is organised by the Kochi Biennale Foundation at Kochi, Kerala.

The Foundation is a non-profit charitable trust engaged in promoting art and culture and educational activities in India.

It works throughout the year to strengthen contemporary art infrastructure and to broaden public access to art across India through a diverse range of programmes.

The High Court allowed the open court proceedings through the video conferencing, except the proceedings to be conducted in camera. In camera means in private chambers of a judge, with the press and public excluded.

It observed that the initiative of live telecast is on an experimental basis and the aspect of continuing with or adapting the modality of live court proceedings will be decided based on the outcome of this trial.

The move has been welcomed by lawyers, law students and the public at large besides litigants, being seen as a major measure towards transparency in judicial proceedings.

India and the U.S. will sign the last foundational agreement, Basic Exchange and Cooperation Agreement for Geo-Spatial cooperation (BECA) during the upcoming 2+2 ministerial dialogue.

This agreement would facilitate exchange of geospatial information between India and United States for both military and civilian use.

Significance and benefits for India from BECA:

BECA will allow India to use US expertise on geospatial intelligence and to enhance military accuracy of automated hardware systems and weapons like cruise, ballistic missiles and drones.