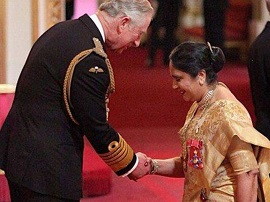 Navy’s flagship anti-submarine aircraft Tu-142M will be turned into a museum.

The aircraft will be given to the Andhra Pradesh government to be converted into a museum and kept on the Beach Road close to the Submarine Kursura in Visakhaptnam.

World Homoeopathy Day is being observed on 10 April 2017.

It commemorates the 262nd birth anniversary of the founder of Homoeopathy, Dr. Christian Friedrich Samuel Hahnemann, a German physician.

Asian Business woman of the year

An Indian-origin educationist in the UK, has been named the Asian Business woman of the Year in an award ceremony in Birmingham.

65-year-old Dame Asha Khemka, Principal and CEO of West Nottinghamshire College, was honoured for her efforts in the field of education and skills at the Asian Business Awards ceremony

Born in Bihar’s Sitamarhi district, Dame Khemka left school after passing her exams at the age of 13.

She taught herself English by watching children’s TV shows and talking to other young mothers.

She went on to acquire a business degree from Cardiff University before becoming a lecturer and eventually taking over as principal and CEO of West Nottinghamshire College, one of the largest in the UK.

In 2013, she was awarded a Dame Commander of the Order of the British Empire, one of Britain`s highest civilian awards.

Subscribe our Newsletter to get Daily TNPSC current affairs Apr in English and Tamil on your Inbox.