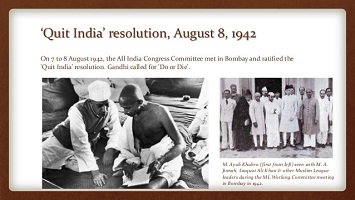 Second round of National Deworming initiative

Ministry of Health and Family Welfare has launched its 2nd round of National Deworming Day (NDD) 2017 in 33 States/UTs targeting.

What you need to know about National Deworming Day?

The NDD program has been launched in 2015 as WHO estimates that 220 million children below 14 years of age are at risk of Soil Transmitted Helminths (STH) infections in India.

National Deworming Day is organised twice in a year covering all the children from 1-19 years of age except the States of Rajasthan and Madhya Pradesh where deworming is carried out once in a year.

The Soil Transmitted Helminths (STH) prevalence in these two States is less than 20%.

All the children are provided deworming tablet in schools and anganwadis.

The deworming has the potential to improve nutritional status of children.

The deworming tablet called ‘Albendazole’ is a safe and efficacious drug for controlling worm infestation.

Every year 10th August is observed as World Bio-Fuel Day in order to create awareness about non-fossil-fuels (Green Fuels).

On this day in 1893, Sir Rudolph Diesel (inventor of the diesel engine) for the first time successfully ran the mechanical engine with Peanut Oil.

Thus to mark this extraordinary achievement, World Biofuel Day is observed every year on 10th August.

Qatar announced on Wednesday a programme to allow visa-free entry for citizens of 80 countries to encourage air transport and tourism amid a two-month boycott imposed on the Gulf state by its neighbours.

Nationals from dozens of countries in Europe and elsewhere including India, Lebanon, New Zealand, South Africa, and the United States will now receive tourist visas on arrival to the gas-rich country which hosts the soccer World Cup in 2022.

The video features Mr Amitabh Bachchan along with children with disability singing the National Anthem in sign language at the backdrop of the Majestic Red Fort.

It is directed by Govind Nihalani and the music is scored by late Aadesh Shrivastava.

The President of India, Shri Ram Nath Kovind hosted an ‘At Home’ reception for freedom fighters on the occasion of the 75th   anniversary of the Quit India Movement on August 9, 2017 at the Rashtrapati Bhavan.

On the occasion, the President also released a set of 8 Commemorative Postage Stamps on 75 years of 1942 Freedom Struggle.

The Quit India Movement or the India August Movement, was a movement launched at the Bombay session of the All-India Congress Committee by Mahatma Gandhi on 8 August 1942, during World War I demanding an end to British Rule of India.

The Cripps Mission had failed, and on 8 August 1942, Gandhi made a call to Do or Die in his Quit India speech delivered in Bombay at the Gowalia Tank Maidan.