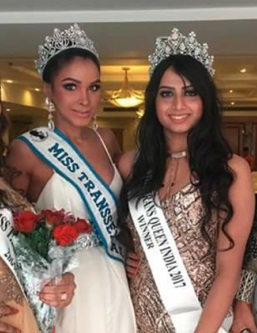 It is the American Ship USS Pearl Harbor first visit to India.

USS Pearl Harbor is a Whidbey Island-class amphibious dock landing ship with a crew of over 700 sailors and marines.

The ship is based in San Diego, California.

The first edition of Miss Transqueen India, a beauty pageant for transgenders, will take place in Gurugram (Haryana) on 22nd Aug 2017.

Natasha, a transwoman from Kolkata, was named the first Miss Transqueen India.

And Ragasya from Chennai was crowned the second runner-up.

The 2017 BWF World Championships of badminton were held from 21 to 27 August at Emirates Arena in Glasgow, Scotland.

India won the medals in the Women singles.

Nuakhai Juhar was celebrated across Odisha on August 26.

Nuakhai is the chief festival of Western Odisha.

It is the harvest festival of Odisha wherein farmers are in possession of new rice of the season.

They offer the first produce of their respective lands to Goddess Samaleswari and then consume it personally.

It is one of the major festivals celebrated widely in the state.