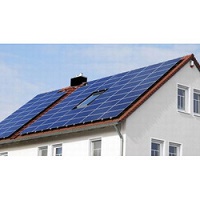 This would be the largest rooftop tender to be launched by SECI, and is expected to give a big boost to the hugely potent rooftop solar power generation segment.

Rooftop solar systems will be installed with the financial assistance from MNRE in the form of Incentives.

The power generated from the systems shall be used for meeting the captive requirement of the buildings and the surplus power, if any, shall be fed to the grid under the net-metering arrangement of the respective State.

Solar Energy Corporation of India (SECI) is a company of the Indian Ministry of New and Renewable Energy, established to facilitate the implementation of Jawaharlal Nehru National Solar Mission.

Human Rights Day is observed every year on 10 December to commemorates the day on which, in 1948, the United Nations General Assembly adopted the Universal Declaration of Human Rights.

It recognizes inherent dignity and the equal and inalienable rights of mankind as the foundation of justice, freedom and peace in the world.

The theme for 2016 is “Stand up for someone’s rights today”.

According to the Global Terrorism Index (GTI) 2016, India ranked 7th in the list of countries most impacted by terrorism in 2015.

This index was released by the Institute for Economics & Peace, a Sydney-based think-tank.

Vietnam is the 14th country with which India signed the civil nuclear deal.

Digidhan Abhiyan is launched by minister of Information and Technology, which is help to every citizen to adopt digital payments in their everyday financial transactions.

Plastic notes by the Government

The government has decided to print banknotes based on a plastic or polymer substrate in order to make counterfeiting them more difficult.

Plastic notes have an average life span of about five years and are difficult to imitate. Also, currency notes made of plastic are cleaner than paper ones.

Hard to count as they are slippery.

Huge cost to recalibrate ATMs as existing machines are not compatible.

Subscribe our Newsletter to get Daily TNPSC current affairs dec in English and Tamil on your Inbox.