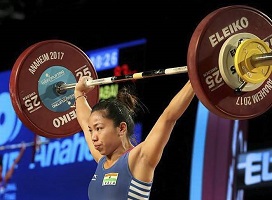 The cabinet has approved the setting up of a National Nutrition Mission (NNM) with a three-year budget of Rs 9,046.17 crore, to rein in malnourishment and stunted growth.

NNM will address three aspects—the food that should be given to rein in stunting, undernourishment, low birthweight and anaemia; the delivery system required for it; and monitoring of the entire process.

Under the mission, the government is targeting a reduction of 2% a year in stunting, undernutrition and low birthweight among 100 million people. Also, it aims to reduce anaemia among young children, women and adolescent girls by 3% a year.

Certificate of Commendation to WCCB

India has been awarded with the Certificate of Commendation for its exemplary enforcement action in its regional and global effort to combat illegal wildlife trade.

The award has been given to Wildlife Crime Control Bureau by the Secretary General of Convention on International Trade in Endangered Species of Wild Fauna and Flora.

India was the only recipient of the Certificate of Commendation at the recently held 69th Standing Committee meeting of CITES at Geneva.

The award has been presented to WCCB for its efforts in conducting and coordinating a species specific wildlife enforcement Operation, codenamed “Operation Save Kurma”.

The operation was also aimed to invite attention of the enforcement agencies towards such illegal trade.

During the ‘Operation Save Kurma’ conducted from December 15, 2016 to January 30, 2017, approximately 16, 000 live turtles/tortoises were seized and released back into the wild.

The Government of India constituted a statutory body, the Wildlife Crime Control Bureau (WCCB) on 6 June 2007, by amending the Wildlife (Protection) Act, 1972.

It was established to combat organized wildlife crime in the country.

It is a fourteen days training exercise between the Indian Army and the British Army. It is being held in Rajasthan.

It is the third joint military exercise between the two countries.

The first exercise was conducted in 2013 at Belgaum, Karnataka, whereas for the second exercise in 2015, an Indian Army contingent had visited the United Kingdom.

The aim of the exercise is to build and promote bilateral relations and enhance interoperability while sharing experiences between the Royal British Army and the Indian Army.

Kenyatta Sworn in as President of Kenya

Kenyan President Uhuru Kenyatta has been sworn in for a second and final five-year term as President of Kenya.

The Indian participant and defending Asian champion Shiva Keshavan retained his title with a time of 55.60 seconds.

And she became the first Indian in over two decades to won a gold medal at the World Weightlifting Championship in Anaheim, USA.

Chanu hails from Manipur State and is currently employed with the Indian Railways.