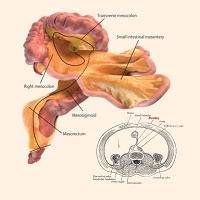 The Government has launched the Bunkar mitra, which is the Government of India’s Helpline for Handloom Weavers.

The toll free number 1800-208-9988 given to handloom weavers across the country to get details about the queries and guidance through this helpline.

Services that are available through this helpline include- Assistance on technical issues, Access to marketing linkages and Information about various schemes and procedure to avail benefits.

Topic :  India and its Neighbour Countries

First Freight train service was started from china to London, which will pass through Kazakhstan, Russia, Belarus, Poland, Germany, Belgium and France before arriving in London.

In order to know more about the Dr. Kalam, this book will tell about facts and stories responsible to President Kalam.

Irish scientists have discovered a new human organ that has existed in the digestive system for hundreds of years.

The mesentery, the organ connects the intestine to the abdomen and had for hundreds of years been considered a fragmented structure made up of multiple separate parts.

Subscribe our Newsletter to get Daily TNPSC Current Affairs Jan 05, 2017 in English and Tamil on your Inbox.