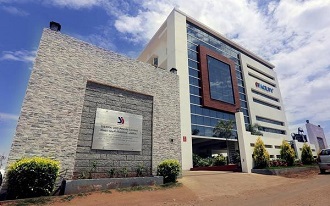 A new ransomware going by the name Petya has had a major impact on the operations in India.

Petya infects computers and locks down their hard drives. It demands a ransom of $300 (Rs 19,000) in Bitcoins.

The email associated with the ransomware has been blocked, so even if victims pay, they won’t get their files back.

Once it infects a computer, Petya waits for 10-60 minutes, and then reboots the computer.

It then encrypts the master file table and then overwrites the master boot record with a custom loader.

It places a ransom note to explain what users must do to regain control.

How is Petya different from Wannacry?

Unlike Wannacry, Petya does not encrypt individual files, but overwrites the master boot record and encrypts the master file table, thus rendering the system inoperable until the ransom has been paid.

A piece of malicious software which takes control of your system and files.

Upon taking over, it applies encryption on those files and asks for money for a key that can restore the files.

India has contributed $100,000 to a UN fund to help developing countries actively participate in the discussion of tax issues, becoming the first country to make the contribution.

What you need to know about the UN Tax Fund?

The UN Tax Trust Fund aims to support the work of the Committee of Experts on International Cooperation in Tax Matters (the UN Tax Committee).

Voluntary contributions for the fund have been called for by the UN and the committee since its establishment in 2006.

SIERRA ODC building has been recognised as the world’s second highest ranking Green Building, with a score of 103 out of 110 under LEED certification.

It uses the recycled water for watering the fauna that is set up in nearly 25% of the premises.

This watering system too is controlled, restricting the flow according to the requirement.

The Green Building Council Inc. (GBCI) has honoured Sierra with the platinum certificate.

Leadership in Energy and Environmental Design (LEED) is a rating system devised by the United States Green Building Council (USGBC).

It is used to evaluate the environmental performance of a building and encourage market transformation towards sustainable design.

Odisha is all set to become the first state in the country to have a blood bank for the cattle.

The first of its kind blood bank would be established at Odisha.

This will prevent death of cattle during deliveries and other ailments.

Parliament session at midnight for GST

The midnight session of Parliament to launch the goods and services tax (GST) marked a first in India’s history.

While Parliament was convened for a midnight session several times in the past, all those occasions were celebratory in nature.

It’s the first time that a session has been convened to mark the implementation of a government policy, the GST.

Midnight sessions in the past:

The Constituent Assembly of India met in the Constitution Hall (now the Central Hall of Parliament) on the eve of the country’s Independence. It started at 11 p.m. and went on till after midnight.

Senior lawyer in the Supreme Court of India and constitutional expert K.K. Venugopal has been appointed as a new 15th Attorney General of India.

The Attorney General for India is the Indian government’s chief legal advisor, and its primary lawyer in the Supreme Court of India.

He is appointed by the President of India under Article 76(1) of the Constitution and holds office during the pleasure of the President.

In 2015, he was conferred Padma Vibhushan award by Government of India.

He had previously received the Padma Bhushan, the third-highest civilian honour.

National Doctors’ Day is celebrated on July 1 all across India to honour the legendary physician and the second Chief Minister of West Bengal, Dr Bidhan Chandra Roy.