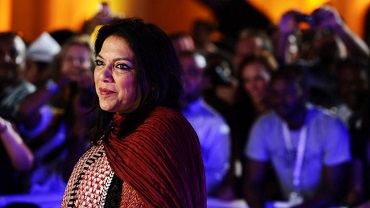 Tamil Nadu Government has announced free education for the transgender community in the Manonmaniam Sundaranar University in Tirunelveli.

One seat in every course of all the colleges affiliated to the university has been reserved for the transgenders.

Manonmaniam Sundaranar University is the first in India to offer free education to the transgenders.

The Hard X-ray Modulation Telescope (HXMT), named Insight, will allow Chinese scientists to observe magnetic fields and the interiors of pulsars and better understand the evolution of black holes.

It will also help scientists search for gamma-ray bursts corresponding to gravitational waves and study how to pulsars can be used for spacecraft navigation.

Bhagwati remained on the highest judicial post between July 1985 and December 1986, as the 17th Chief Justice of India.

He was appointed as a Supreme Court judge in July 1973, after serving as the Chief Justice of the Gujarat High Court.

Mira is an Indian American filmmaker based in New York City.

Her production company, Mirabai Films, specializes in films for international audiences on Indian society, whether in the economic, social or cultural spheres.

Among her best known films are Mississippi Masala, The Namesake, the Golden Lion-winning Monsoon Wedding and Salaam Bombay!, which was nominated for the Academy Award for Best Foreign Language Film.

These awards are presented to honor women in communications and media.

The awards include the Crystal Award, the Lucy Award, the Dorothy Arzner Directors Award, the MaxMara Face of the Future Award, and the Kodak Vision Award.

Researchers at the University of Washington and the Massachusetts Institute of Technology have created a 2D magnet that is just one atom thick for the very first time.

These 2D magnets will contribute to new openings in Information Technologies.

The scientists used chromium tri-iodide, or CrI3 to show that it has magnetic properties in its monolayer form.

Previously, the scientists found CrI3 – in its multi layered, 3D, and bulk crystal form – is ferromagnetic and it has some magnetic properties.

A special type of microscopy was used to detect magnetic properties in Crl3.