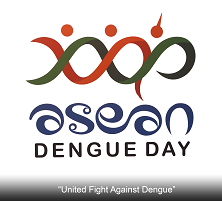 The World Summit on the Information Society (WSIS) Forum 2017 represents the world’s largest annual gathering of the ‘ICT for development’ community.

The annual WSIS Forum is a global multi-stakeholder platform facilitating the implementation of the WSIS Action Lines for advancing sustainable development.

Salman Khan’s ‘Sultan’ to be screened at Shanghai Film Fest

Bollywood superstar Salman Khan’s “Sultan” is to be screened at the 20th Shanghai International Film Festival.

The movie features Salman in the role of a wrestler and is he paired with Anushka Sharma.

The movie is directed by Ali Abbas Zafar.

The ASEAN Dengue Day (ADD) is observed every year on 15th June.

The ASEAN Dengue Day is observed to raise awareness on dengue and to mobilise resources for prevention and control involving private and public sector stakeholders.

The 2017 ASEAN Dengue Day theme is “United Fight Against Dengue”.