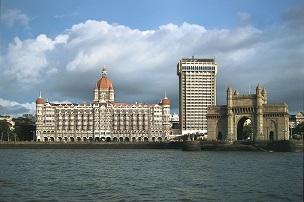 World Refugee Day, international observance observed June 20 each year, is dedicated to raising awareness of the situation of refugees throughout the world.

This year, World Refugee Day also marks a key moment for the public to show support for families forced to flee.

The Taj Mahal Palace in Mumbai has got trademarked under the Trademark Act 1999, for its architectural design.

This is the first time in India, the place, 114-year-old building in the country to get such a registration.

The hotel, which has been a defining structure of Mumbai’s skyline, has joined the elite and small club of trademarked properties in the world.

This trademarks list includes the Empire State Building in New York, the Eiffel Tower in Paris and Sydney Opera House.

An Act to amend and consolidate the law relating to trade marks, to provide for registration and better protection of trade marks for goods and services and for the prevention of the use of fraudulent marks.

Usually, logos, brand names, combination of colours, numerals and even sounds are trademarked but the registration of an architectural design has never been attempted since the Trademark Act came into force in 1999.

About this Taj Mahal Palace:

The Taj Mahal Palace which was built in 1903 even before the Gateway of India.

With IHCL trademarking the building, nobody can now use Taj Mahal Palace’s images for commercial purposes without paying the company a licensing fee.

He had been the founding director of the Institute for Plasma Research and served the institute as the director from 1986 to 2012.

Kaw was the first chairman of the ITER Council Science and Technology Advisory Committee and led the committee’s deliberations from 2007 to 2009.

He was named the 2015 laureate of the Subrahmanyan Chandrasekhar Prize for “outstanding contributions” in the field of plasma physics.

Subsequently, West Bengal Governor Keshari Nath Tripathi was assigned the responsibility to serve as the Bihar Governor along with his own duties.

Wushu is a martial art and a full-contact sport derived from traditional Chinese martial arts. It is also known as Kung Fu.

A Protocol of Cooperation was signed between the National Archives of India and the Minister of Culture of the Portuguese Republic in the field of archives on 17th May, 2017 in Lisbon, Portugal.

As many as 8,387 schoolchildren formed the “longest yoga chain” in front of the iconic Mysuru palace eyeing the Guinness World Records.

The previous record is held by 3,849 students of Sriperumbudur in Tamil Nadu, who created a yoga chain in 2014.