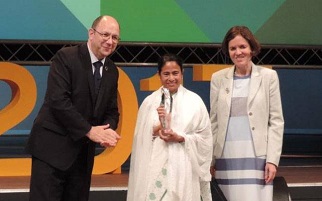 A web portal- MERIT (Merit Order Despatch of Electricity for Rejuvenation of Income and Transparency) was recently launched by the Ministry of Power.

The portal has been developed by Ministry of Power in association with POSOCO and Central Electricity Authority.

The advantages of “Merit” Portal are as follows:

Empowerment of the Consumer and participative governance.

Promotes economy and efficiency in operations.

Optimization of the power procurement costs.

Facilitates renewable integration and handling of the variability and uncertainty of renewables.

In order to bring together the Indian scientists abroad and India-based researchers for conducting joint researches in India, the VAJRA Scheme was launched.

Under this scheme, scientists or senior researchers abroad – of Indian origin or otherwise – can collaborate with faculties here.

The idea of the scheme is to bring the best of the world to India and conduct research here.

The broad areas of research like energy, health, advance material and others would be promoted under the scheme.

Thirty more cities from across the country have been added to the Centre’s Smart Cities Mission, taking the total number of cities to 90.

Kerala’s capital, Thiruvananthapuram, topped this round.

Tamil Nadu emerged as the State with the highest number of cities selected in this round, with Tirupur, Tirunelveli, Thootukudi and Tiruchirappalli making it to the Mission.

Among the 11 State capitals selected were Bengaluru in Karnataka, Shimla in Himachal Pradesh, Aizawl in Mizoram and Gangtok in Sikkim.

The other cities selected were Puducherry, Karnal in Haryana, Dehradun in Uttarakhand, Pimpri Chinchwad in Maharashtra, and Pasighat in Arunachal Pradesh.

With the addition of the 30 cities, 23 States and four Union Territories have been included in the Mission.

The Smart Cities mission was launched in June 2015 with the government releasing the guidelines and mission statement for the 100 Smart Cities project.

She awarded for her scheme “Kanyashree”, which she was launched in West Bengal.

The project was launched in 2011 soon after Mamata Banerjee came to power and has helped more than 40 lakh female students in the state.

‘Kanyashree’ was ranked the best among 552 such social sector schemes from across 62 countries that were nominated for this award.

The award was presented at the World Public Service Forum by UN Assistant Secretary General at a ceremony in Hague in Netherlands.

‘Kanyashree Prakalpa’ is a targeted conditional cash transfer scheme aimed at retaining girls in schools and other educational and skill development institutions along with preventing child marriage.

India and Portugal signed MoUs for creation of an India Portugal Space Alliance and for advancing collaborative research during the visit of Prime Minister Narendra Modi to Lisbon.

These agreements will promote India’s science and technology partnership with Portugal, towards the establishment of a unique Centre on the Azores Archipelago – the Atlantic International Research Centre.

This Centre will act as a research, innovation and knowledge hub for trans-atlantic and north-south cooperation.

An international network of research and academic organizations will be created.

The goal is to provide a shared environment to support research and foster new climate, earth, space and marine research.

On marine sciences, the project would enable India to study the atmospheric and ocean behaviour of the Atlantic and its linkages with weather patterns including the Monsoon.