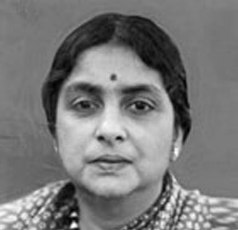 The Indian Ocean Rim Association (IORA) leader’s Summit was recently held in Jakarta, Capital of Indonesia from March 05 to March 07.

It is the summit of IORA.

Vice President of India attended the two days summit in Indonesia and also leaders from 21 member countries attended the summit.

Theme of the Summit:

In IORA Summit, 21 member countries discussed about the need on work together to stop the growth and spread of terrorism and violent activates.

They issued a vision document which plans out to strengthening the regional architecture to face its problems.

The document which is named as Jakarta Concord.

IORA is an international organisation consisting of coastal states bordering the Indian ocean.

The Coordinating Secretariat of IORA is located at Ebene, Mauritius.

The organisation was first established as Indian Ocean Rim Initiative in Mauritius on March 1995 and formally launched on 6–7 March 1997 by the conclusion of a multilateral treaty known as the Charter of the Indian Ocean Rim Association for Regional Co-operation.

It is based on the principles of Open Regionalism for strengthening Economic Cooperation particularly on Trade Facilitation and Investment, Promotion as well as Social Development of the region.

The awards are being instituted from this year, so that women weavers and artisans receive due recognition and economic benefits associated with the Awards.

Kamaladevi Chattopadhyay was an Indian social reformer and freedom fighter. She is most remembered for her contribution to the Indian independence movement; for being the driving force behind the renaissance of Indian handicrafts, handlooms, and theatre in independent India; and for upliftment of the socio-economic standard of Indian women by pioneering the co-operative movement.

Several cultural institutions in India today exist because of her vision, including the National School of Drama, Sangeet Natak Akademi, Central Cottage Industries Emporium, and the Crafts Council of India.

Subscribe our Newsletter to get Daily TNPSC Current Affairs Mar in English and Tamil on your Inbox.