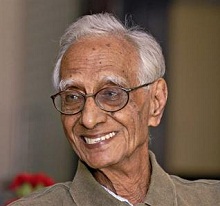 World TB Day, observed on March 24th each year, is designed to bring public awareness about the global epidemic of tuberculosis (TB) and efforts to eliminate the disease.

It commemorates the day in 1882 when Dr Robert Koch surprised the scientific community by announcing that he had discovered the cause of tuberculosis, the TB bacillus.

Koch’s discovery opened the way towards diagnosing and curing TB.

Shri J P Nadda, Union Minister of Health and Family Welfare stated that “Ensuring affordable and quality healthcare to the population is a priority for the government and we are committed to achieving zero TB deaths. And therefore we need to re-strategize, think afresh and have to be aggressive in our approch to end TB by 2025”.

A prominent Tamil writer Thiagarajan, popularly known as Asokamitran passed away in Chennai.

Jagadisa Thyagarajan was born on sep 22, 1931 at Secunderabad, Andhra Pradesh.

He began his literary career with the prize winning play “Anbin Parisu”.

His pen name (pseudonym) was “Ashokamithran”.

Shri Raghu Rai began his career as a photographer at the age of 23 in 1965. Rai is also a Padma Shri awardee.

In 1992, he was awarded “Photographer of the year” in U.S. and was conferred “officiere des Arts et des Letters (Arts and Letters Officer)” by the Government of France.

Other Awardees in the National Photographic Awards Ceremony:

K.K. Mustafah from Trissur, Kerala received the “Professional Photographer of the year” Award.

Ravinder Kumar from Shakarpu, Delhi received the “Amateur Photographer of the year” Award.

In the inaugural ceremony, PM launched “SELFIE WITH DAUGHTERS” campaign to create a powerful impact on social behavior and ingrained cultural traditions.

The Photo awards have been classified into three categories, with total of 13 awards.

The awards include Life Time Achievement Award, Photographer of the year award in Professional and Amateur category with 5 Special Mention Awards in both categories each.

The Union Government informed that five Indian cities were included in the Tentative List of UNESCO World Heritage Sites.

The Ministry of Culture is organizing the 5th National Culture Festival (Rashtriya Sanskriti Mahotsav) 2017 from March 23-31, 2017 in the North Eastern Region of India.

The 9 days cultural festival will be inaugurated by Governor of Arunachal Pradesh and Nagaland Shri Padmanabha Balakrishna Acharya.

The Rashtriya Sanskriti Mahotsav is being organized to present rich diversity and uniqueness of Indian culture.

And also to promote the cultural inter-linkages amongst the states to strengthen National integration.

The North East Zone Cultural Centre, Dimapurhas will be the nodal agency to carry forward the execution of the National Cultural Festival.

Subscribe our Newsletter to get Daily Tnpsc current affairs Marin English and Tamil on your Inbox.