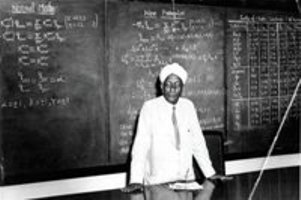 National Science Day is celebrated on 28th February of every year in India.

It is celebrated in order to commemorate the invention of the Raman Effect by the Indian Physicist, Sir C V Raman.

He was an Indian Physicist, who invented Raman Effect on 28th February 1928.

In 1930 , he was awarded with the Nobel Prize for Physics.

In 1941, he awarded with the Franklin Medal.

In 1954, he was awarded with the Bharata Ratna.

What is Raman Effect?

The Raman Effect is a change in the wavelength of light that occurs when a light beam is deflected by molecules.

When a beam of light traverses a dust-free, transparent sample of a chemical compound, a small fraction of the light emerges in directions other than that of the incident (incoming) beam. Most of this scattered light is of unchanged wavelength. A small part, however, has wavelengths different from that of the incident light.

Its presence is a result of the Raman effect.

The Indian army and Oman army are going to conduct their 2nd bilateral exercise on March in order to focus on counter terrorism.

The Indian Navy and Oman Navy have been doing the bilateral maritime exercises called “Naseem Al Bahr” from 1993.

Nand Kumar Sai is the new chairman of NCST.

NCST is constitutional body set up under Article 338A added through Constitution (89th Amendment) Act, 2003. It was separated as National Commission for Scheduled Castes and Scheduled Tribes.

The First commission was constituted on 2004.

The First chairperson was Kunwar singh.

The previous chairman before Nand Kumar Sai was Rameshwar Oraon.

He is a senior Tribal leader from Chhattisgarh state, and also ex parliamentarian.

For More TNPSC Current Affairs in English and Tamil