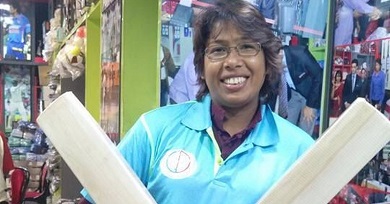 The 29th series of India–Indonesia CORPAT has begun at Port Blair under the aegis of Andaman and Nicobar Command.

What you need to know about Corpat?

The Indonesian Navy and the Indian Navy have been participating in coordinated patrol (CORPAT) twice a year since 2002.

This CORPAT is used to keep this vital part of the Indian Ocean Region safe and secure for commercial shipping and international trade.

Apart from securing the trade sea route, the coordinated patrol also serves to enhance mutual understanding and inter-operability between the two navies.

The CORPAT thus reflects the shared concern between the two countries for a peaceful Indian ocean for the benefit of international community.

In a major breakthrough for the government’s efforts in the case of Kulbhushan Jadhav, the former naval officer sentenced to death in Pakistan, the government received a stay order from the International Court of Justice at The Hague.

What you need to know about ICJ?

The International Court of Justice (ICJ) is the principal judicial organ of the United Nations (UN).

It was established in June 1945 by the Charter of the United Nations and began work in April 1946.

According to the International Law, State government sumitted the legal argument to this court.

And then this court give advisory opinions on legal questions referred to it by authorized United Nations organs and specialized agencies.

Its judgments have binding force and are without appeal for the parties concerned.

Turn any surface into touchscreen with a spray paint

Scientists have developed a new technology that can turn any surface into a touchscreen using tools as simple as a can of spray paint.

Electric field tomography is the methodology used in this experiment.

Using this, including walls, furniture and steering wheels can be turned into touchscreen.

What you need to know?

With this new technology dubbed Electric touch surfaces can be created by applying conductive paints, bulk plastics or carbon-loaded films among other materials.

The method is to apply electrically conductive coatings to objects or surfaces using conductive materials.

By attaching a series of electrodes to the conductive materials, researchers showed they could use a well-known technique called electric field tomography to sense the position of a finger touch.

INS Karwar (M67), was the first of the “Natya” class minesweepers acquired from the erstwhile USSR.

She was commissioned on 14 July 1986 at Riga (Russia) under the command of commander R K Sinha.

The ship operated from Vishakhapatnam till 2013 after which, the ship was based at Mumbai.

INS Kakinada (M70), was the second of the same class and also commissioned at Riga on 23 December 1986.

Like her sister ship, Kakinada also operated from Vishakhapatnam till 2013 before shifting base port to Mumbai.

Darbar Move in Jammu and Kashmir

Leaders in Jammu and Kashmir have circulate the idea of legal cancellation of the 146-year-old Dogra-era practice of ‘Darbar Move’.

It was introduced by Maharaja Gulab Singh in 1872.

Terming this as a costly affair, leaders have asked for bifurcation of the offices.

Every year, over 7,000 employees of the civil secretariat shuttle between Srinagar and Jammu along with the files, which are ferried in buses and tracks.

Goswami is also the all-time leading wicket-taker in women’s cricket.

Doctrine of “SAMADHAN’ for use in security operations

The elements of this strategy are:

A for Aggressive Strategy.

M for Motivation and Training.

A for Actionable Intelligence.

A for Action Plan for Each Theatre.

Significance of this strategy:

This strategy is used for construction works, setting up of telecommunication, power and railway facilities in the remote areas will be expedited.

Need for the doctrine:

As many as 12,000 citizens had lost their lives in Maoist violence over the last two decades.

This SAMADHAN is used to tackle the Maoist Problems in these affected areas.