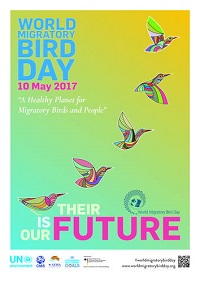 Asian Wrestling Championship 2017 is started in KD Jadhav Indoor Stadium, New Delhi from 10th May to 14th May.

Moon Jae-in sworn in as President

He replaced the President Park Geun-hye, who was ejected from office in March after a corruption scandal.

India had decided to replace Maitri Research Station in Antartica with a new one in the next three to four years.

Maitri is India’s second permanent research station in Antarctica as part of the Indian Antarctic Programme.

The name was suggested by the then PM Mrs Indira Gandhi who was assassinated a month before the expedition left the shores of India on 03 Dec 1984.

The Indian Antarctic Program is a multi-disciplinary, multi-institutional program under the control of National Centre for Antarctic and Ocean Research, Ministry of Earth Sciences, Government of India.

Under the program, atmospheric, biological, earth, chemical, and medical sciences are studied by India, which has carried out 30 scientific expeditions to the Antarctic.

Under this Scheme, the court documents and important official data of all details will be turned into Paperless and Digital.

The Supreme Court had decided to collect all such records electronically from lower courts and high Courts to make the Paperless System or Digital System.

World Migratory Bird Day (WMBD) has raised awareness about the need for conservation of migratory birds and their habitats.

And also to understand the threats they face, their ecological importance, and about the need for international cooperation to conserve them.