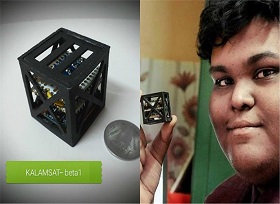 What you need to know about Ujala?

Unnat Jivan by Affordable LEDs and Appliances for All (UJALA) was launched by Prime Minister of India Narendra Modi on 1st May 2015, replacing the “Bachat Lamp Yojana”.

Within 1 year of its launch, 9 crore LED bulbs were sold in the country, reducing their electricity bills by ₹55 billion (US$850 million).

The scheme was announced as “Domestic Efficient Lighting Programme (DELP)” on 5 January 2015, urging the people to use LED bulbs in place of incandescent bulbs, tube lights and CFL bulbs as they are more efficient, long lasting and economical in their life cycle duration.

The programme has already turned India into the world’s LED capital, accounting for 10-12% of the global market 4 billion bulbs.

National Dengue Day has been observed on 16th of May, 2016 by Ministry of Health and Family Welfare (MoHFW), Government of India.

The aim of this day is to control the Dengue through create awareness, initiate preventive actions and continue till transmission season is over.

Dengue is a common viral disease spread by a mosquito called Aedes Aegypti.

The 112 feet tall statue of ‘Adiyogi’ Lord Shiva unveiled by PM Narendra Modi on February 24, 2017 has been declared the world’s largest statue by the Guinness Book of World Records.

The Adiyogi Shiva statue is a 112-foot-tall (34 m) statue of Hindu deity Shiva located at Coimbatore in the Indian state of Tamil Nadu.

Designed by Guru Jaggi Vasudev founder of the Isha Foundation, it was built by the foundation and weighs around 500 tonnes (490 long tons; 550 short tons).

Sadhguru said that the statue is for inspiring and promoting yoga, and is named Adiyogi, which means “the first yogi”, because Shiva is known as the originator of yoga.

They are played and scored against the team of Ireland during the quadrangular series in South Africa.

The quadrangular series in South Africa is participated by the Zimbabwe, South Africa, India and Ireland countries.

Aravind Kumar Rengan has been awarded the Indian National Science Academy (INSA) medal in the Young Scientist category for 2017.

He is working as an Assistant Professor in the Department of Biomedical Engineering, Indian Institute of Technology – Hyderabad.

He is being recognised for having research in the field of nano delivery using liposomes and gold nano particles.

This is useful for both imaging and therapeutics.

The Indian National Science Academy promotes science and its use in India.

It was originally established in 1935 and was known as the ‘National Institute of Sciences of India’ until the present name was adopted in 1970.

The INSA Young Scientists Award is considered to be the highest recognition of promise, creativity and excellence in a young scientist.

An 18-year-old boy from Tamil Nadu has created the world’s smallest satellite, naming it ‘KalamSat’.

Sharook’s satellite will be launched by NASA on June 21 from Wallops Island.

KalamSat was selected through a competition, ‘Cubes in Space’, which was jointly organised by NASA and ‘I Doodle Learning’ global Education company.

This will be the first time when a space probe, that was made by an Indian student will be launched by NASA.

The main role of the satellite will be to demonstrate the performance of 3-D printed carbon fibre.

‘India’s Indira – A Centennial Tribute’ is the book edited by senior Congress leader Anand Sharma is a compilation of life and work of Indira Gandhi and its foreword is written by Sonia Gandhi.

The President of India, Shri Pranab Mukherjee received the first copy of book “India’s Indira: A Centennial Tribute” on May 13, 2017 in New Delhi.

It was in hers time that India became the third largest reservoir of skilled scientific and technical manpower, the fifth military power, the sixth member of the nuclear club, the seventh in the race for space and the tenth industrial power.