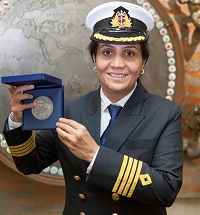 Agni-I, the strategic missile was test-fired from the Wheeler Island, Damra village on the Odisha coast.

The missile positioned on a massive truck called a road-mobile launcher and fired by the Strategic Forces Command (SFC).

It is a single stage missile that is powered by solid propellants and can carry a nuclear warhead of 1000kg.

Agni-I can be fired from both road and rail mobile launchers.

The series of Agni missiles has been designed and developed by the DRDO.

Topic : History – India and its Tourism

In Imphal, Manipur “The International Tourism Mart” is organized by the Ministry of Tourism in associationa with the North Eastern States and West Bengal.

The event is going to facilitate interaction between buyers, sellers, media, Government agencies and other stakeholders.

5th International Tourism Mart 2016 is that it is being organised during the Sangai Festival.

The Sangai festival is an annual major cultural festival organised by State Government of Manipur every year from November 21 to 30.

Captain Radhika Menon was awarded the IMO Award for her Exceptional Bravery at Sea.

Captain Menon was nominated for the award by the Government of India, for her great determination and courage in leading the difficult rescue operation to save all seven fishermen from the fishing boat Durgamma.

The boat was adrift following engine failure and loss of anchor in severe weather. Food and water had been washed away and they were surviving on ice from the cold storage.

Subscribe our Newsletter to get Daily November tnpsc current affairs in English and Tamil on your Inbox.