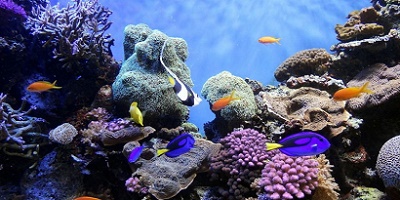 Son has no legal right in parents’ house : HC

The Delhi High Court has ruled that a son cannot claim a right to live in the self-acquired house of his parents and can do so only at their mercy.

Only with his parents permission, a son can stay in their self-acquired property and cannot claim any legal right to stay there.

The High Court was hearing an appeal against a lower court’s order asking a man and his wife to vacate the first floor of his parents’ property in Delhi.

Largest coral die off ever – Australia

According to the study, a mass bleaching event on the Great Barrier Reef this year killed more corals than ever before sounding the alarm over the delicate ecosystem.

The world’s biggest coral reefs are present in Australia, the Great Barrier Reef which is 2,300 kilometre.

Due to increasing sea temperatures, the reef suffered severe bleaching in recorded history.

Scientists estimate the northern region, which teems with marine life, will take at least 10-15 years to regain lost corals.

Warmer sea temperatures, cause corals to expel tiny photosynthetic algae, draining them of their colour, this abnormal conditions leads to the Bleaching.

Algae are necessary to the coral, which uses the organic products of photosynthesis to help the coral grow.

The loss of algae makes the host vulnerable to disease and means coral will eventually die.

Coral can only recover if the water temperature drops and the algae can settle together with the coral.

Subscribe our Newsletter to get Daily TNPSC current affairs november PDF in English and Tamil on your Inbox.