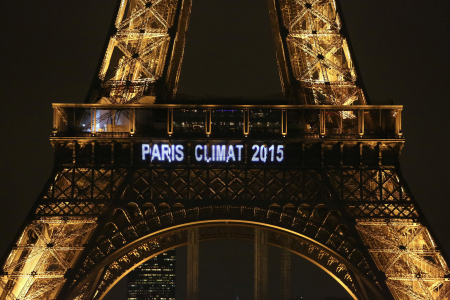 Range officer SANJAY DUTTA of Belakoba of forest range Jalpaiguri in west bengal and Assistant conservator RITHESH SARODHIYA of madhya pradeh have been selected for the winners of the awards by State forest service.

This award is given in the memory of Bavin, who is late chief of U.S Fish and Wildlife Service’s Division of Law Enforcement.

The Bavin Awards are given to the extraordinary efforts that law enforcement officers and other field individuals are willing to make in order to protect wildlife.

India is the 62nd country to confirm its involvement by signing theagreement officially.

As the celebration of 147th birth anniversary of Mahatma Gandhi, the International day of Non violence is observed in U.N. headquarters. On that event, India confirm its participation in Paris climate change agreement.

This agreement of India will come into force after one month of other 55 countries that account for 55% of global Green House Gas emission as per their agreement.

On December 2015,in Paris UNFCC (UN Framework Convention on Climate Change) organised a conference. In that more than 190 countries signed climate change agreement.

The agreement is about to countries have to minimize its greenhouse gas emission in order to reduces global warming by 2 degree Celsius.

On account of 147th birth anniversary of Mahatma Gandhi, Swacch Bharat programme conducted on various states. In that Andhra Pradesh and Gujarat are the first states declared for open defecation free cities by constructing toilets in urban areas of their cities.