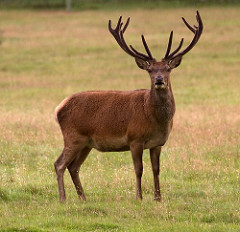 China is ready to open the World’s Largest “Smog Free Tower” outdoor air purifier in Beijing which is designed by a Dutch Engineer.

The 7 metre tall tower can capture about 75% of PM 2.5 and PM 10 tiny particles in its vicinity and then release purified air to create a “bubble” of fresh air around it.

This tower can clean 30000 cubic metres of air per hour through its ozone-free ion technology.

The International Union for conservation of Nature (IUCN), listed the Red Stag in the critically endangered species list.

In order to get more attention and protection and also enhance the conservation efforts to increase its declining populated Red Stag listed in this list.

Reason for its decline its population :