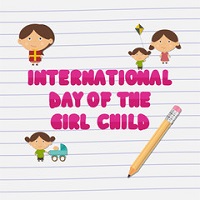 Nvidia Corporation is an American technology company based in Santa Clara, California.

The new system developed to drive robotaxis is named Pegasus. Pegasus will be available to NVIDIA automotive partners in the second half of 2018.

NVIDIA Drive PX Pegasus will help to create a new class of vehicles that can operate without a driver, that are fully autonomous vehicles without steering wheels, pedals or mirrors, and interiors that feel like a living room or office.

Gurbaksh Singh Sandhu is the present Boxing coach of India. He started coaching the Indian National Team from the year 1993.

International Day of the Girl Child will be observed throughout the world as per the declaration of by the United Nations.

It was first observed in October 2012.

This year’s theme is “The Power of the Adolescent Girl: Vision for 2030”.

The Telangana government has announced two new policies focussing on Internet of things and e-waste, which are part of the 10 major focus areas of the state’s IT policy launched last year.

The IoT policy is designed to attract Rs 10,000 crore worth of investments and the creation of five clusters each in three districts.

The centre will partner with corporates and laboratories to access testing tools and other prototyping equipment specific to IoT.

E-Waste generation in India is rising at an alarming annual rate of 25%, with Hyderabad currently recording 25,000 MT per annum, the 6th largest generator in the country.

The government aims to promote management of ewaste through collaborations with bulk consumers of electronic products, major industry organisations and other stakeholders.

The Union Cabinet has given its ex-post facto approval for a Memorandum of Understanding between India and Belarus for cooperation in the field of Vocational Education and Training (VET).

This is for the first time MoU for cooperation in area of vocational education, training and skill development has been signed with Eurasian country.