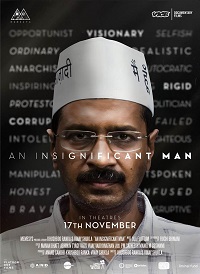 These schemes helps to provide affordable life insurance services to people, particularly those living in rural areas of the country.

With this, apart from government employees, PLI will now cover professionals also.

The decision has been taken to enlarge the cover of social security and bring the maximum number of people under the protection of Postal Life Insurance (PLI).

Under the Sampoorna Bima Gram (SBG) Yojana, at least one village (having a minimum of 100 households) will be identified in each of the revenue districts of the country.

The exercise is based on Counter Terrorist Operations and an Infantry company from both the countries is participating in the same.

The aim of the joint training is to exchange the best of military practices of the two countries and build a strong military-to-military relation between the two armies.

48th Conference of Governors was held at Rashtrapati Bhavan, New Delhi from 12th and 13th October 2017.

The Conference is being attended by Twenty-seven Governors and three Lt. Governors of States and Union Territories.

During the Conference, Governors shared useful experiences about issues pertaining to cleanliness, environment, conservation of energy and cutting down of wasteful expenditure in their respective states.

It has largest infrastructure facilities for any combustion research centre in an academic setting globally.

A documentary on Delhi Chief Minister Arvind Kejriwal, titled ‘An Insignificant Man’, is to be released on 17th November 2017 in theatres.

About An Insignificant Man:

An Insignificant Man, is a non-fiction political thriller that portrays the rise of Arvind Kejriwal from a social activist to the Chief Minister of Delhi.

Vice Media is presenting the movie ‘An Insignificant Man’ which was directed by Khushboo Ranka and Vina Shukla.

The ships are participating in the exercise in performance of India’s Act East Policy and demonstration of India’s commitment to peace and stability.

The aim of World Standards Day is to raise awareness among regulators, industry and consumers as to the importance of standardization to the global economy.

The largest Biology Lesson in the world, Verified by Guiness World Records at the IISF 2017, Chennai.

In, Day two of the India International Science Festival (IISF) in Anna University campus at Chennai saw the making of a new Guinness World Record for the Largest Biology Lesson.

The World record which was created in the IISF Chennai 2017 had students from Class 9 and Class 10.

A live demonstration on the process of isolation of DNA from Papaya fruit was also part of the program.