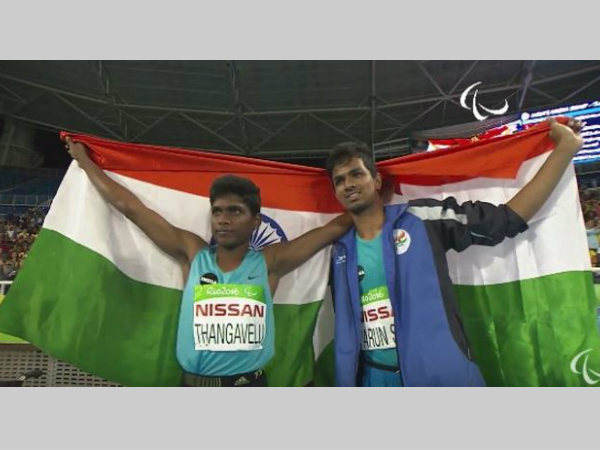 His record in Rio Olympics is 1.89 metres.

Mariappan is the first Indian who won gold medal at Paralympics in Olympics.

He is from Periyavadagampatti, Salem dt, Tamil nadu.

He is from Noida.

He recorded 1.86 metres at Paralympics in Rio Olympics.

To provide suggestions on flood management, The Madras High court directed the state government to form an expert committee within 15 days under Disaster management act.

The disaster management act, 2005 is the act which is passed to deal with the management of disasters.

The act which forms the structure as three tiers, namely National, State, and district levels.

The funds like NDMA, SDMA, NEC, NDRF, NIDM and other related disaster funds have to be implemented under this disaster management act 2005.

Madras High ordered to ban all the registrations which constructed in unauthorisied layouts in Tamil nadu.